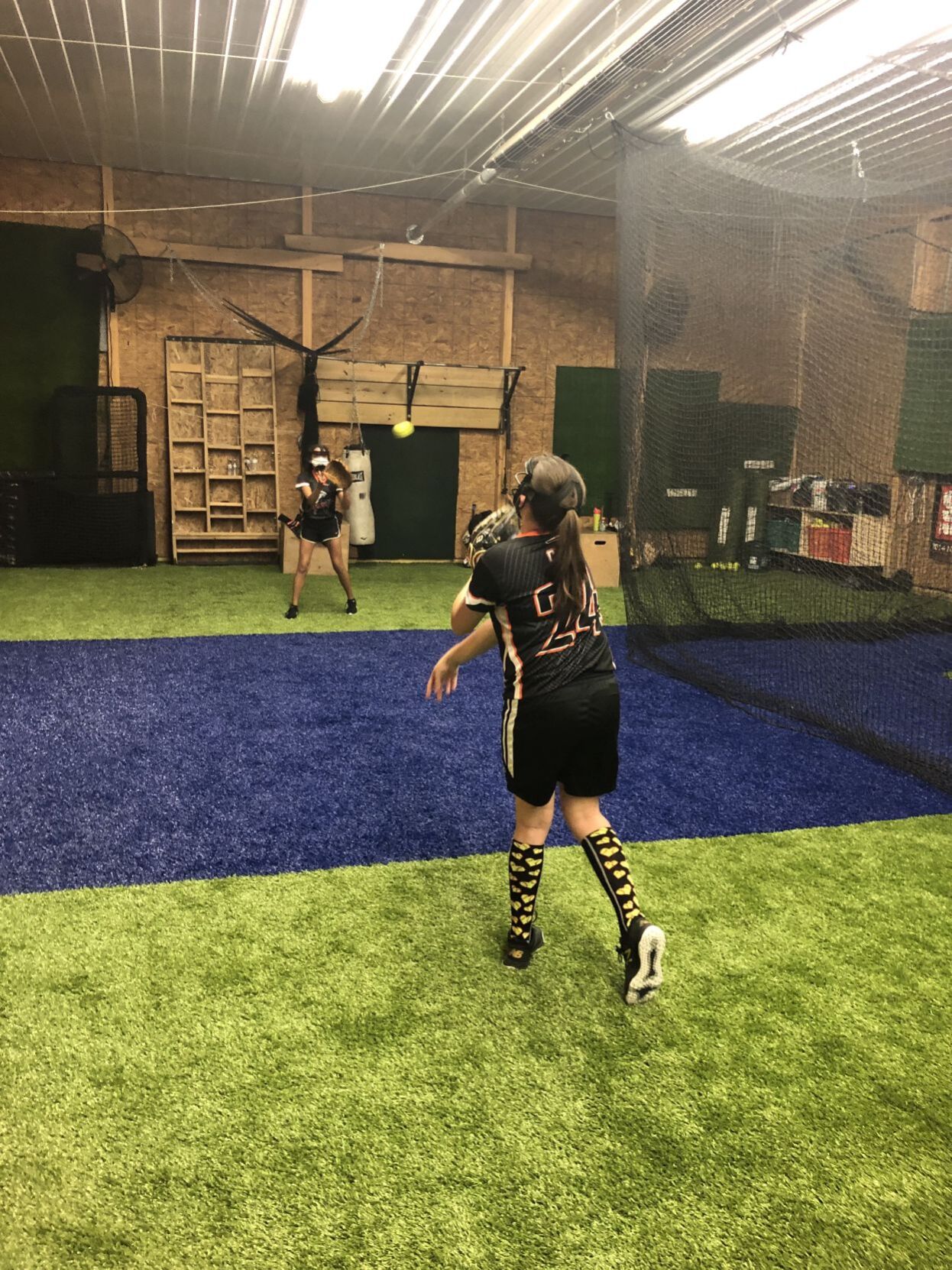 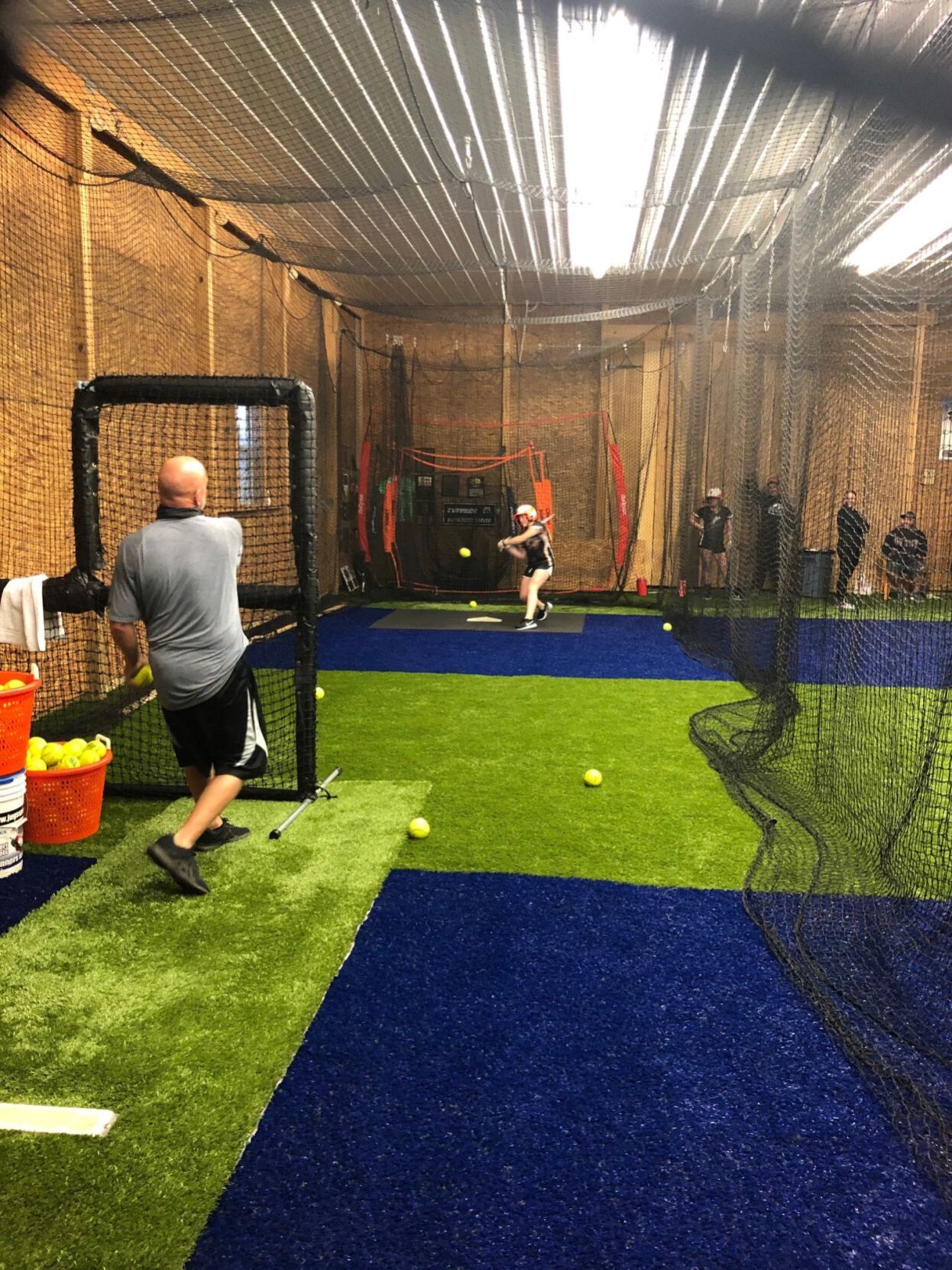 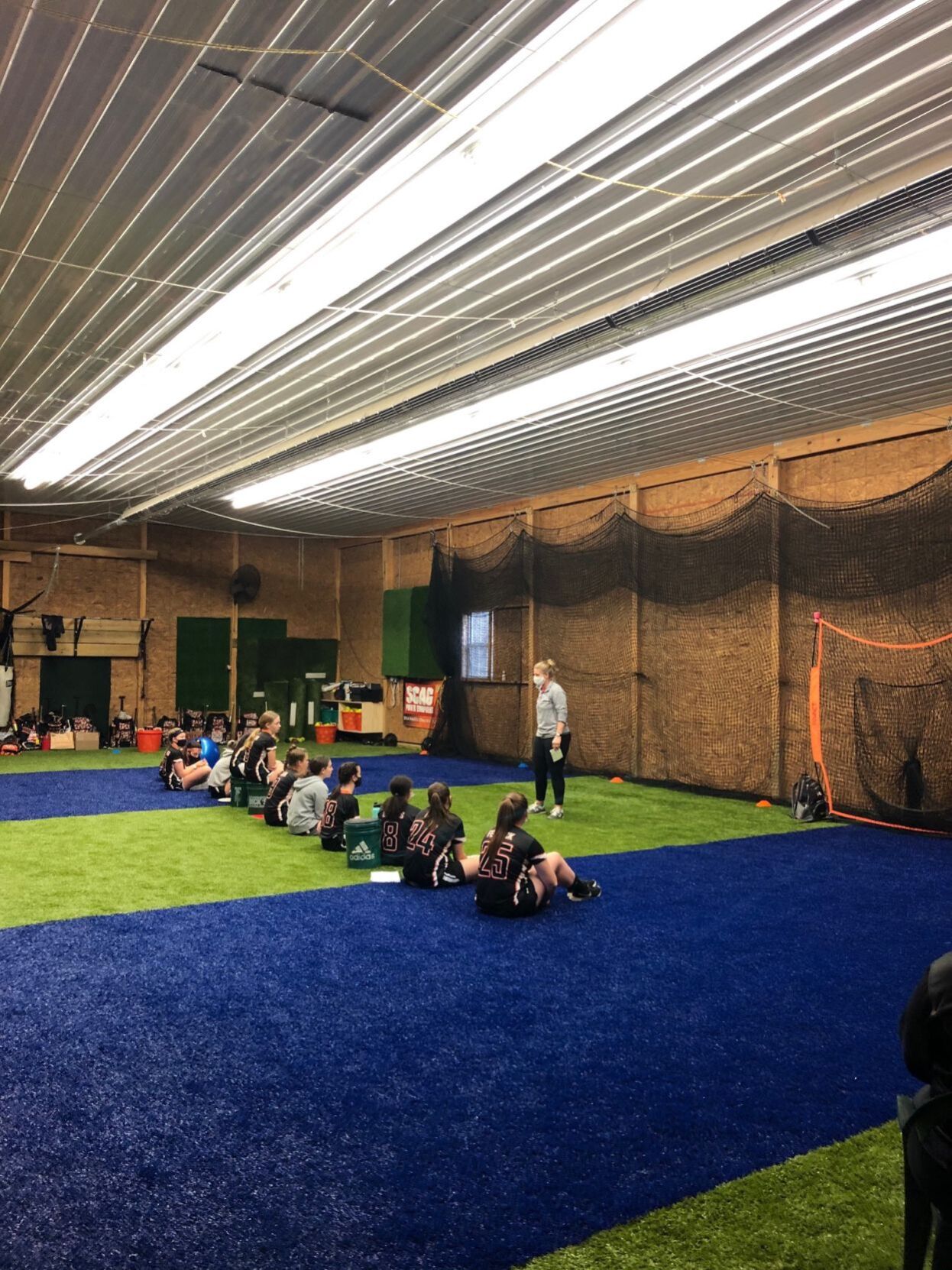 Catholic University softball coach Jill Callaway, who owns and operates 5-Star Athletics, speaks to the Southern Maryland Ospreys 14U softball team on Sunday, Jan. 3, during a clinic in Morganza.

Catholic University softball coach Jill Callaway, who owns and operates 5-Star Athletics, speaks to the Southern Maryland Ospreys 14U softball team on Sunday, Jan. 3, during a clinic in Morganza.

Inside the cozy confines of the complex commonly referred to as “The Barn” by coaches, players and their parents, members of the Southern Maryland Ospreys 14U softball team can take their first steps toward a memorable and rewarding high school career.

On nearly every Sunday throughout the winter, the Ospreys gathered at the complex — a Morganza resident’s barn converted into a training facility not far from Chopticon High School — to work on their hitting, pitching and fielding skills. Last Sunday, Jan. 3, they got an added bonus when 5-Star Athletics owner Jill Callaway, a Division I player and coach, conducted a clinic designed to give them a head start.

Callaway, a 1999 Grace Brethren [Clinton] graduate who later played, graduated and coached softball at the University of Maryland, spoke to Ospreys players, coaches and parents about the do’s and don’ts associated with being recruited. Most of the current Ospreys will head to high schools in St. Mary’s County starting this fall, although the lessons were quickly learned.

“I am glad to see softball in Southern Maryland back on the upswing,” said Callaway, an assistant softball coach at Catholic University. “For a long time the Southern Maryland teams were on top, then they had a slight downturn, but now they’re back on the upturn again. This was probably only the second or third time that I had been to St. Mary’s County for a clinic, but I was happy to get down here and meet the players and coaches.”

Carrie Hayden, currently an eighth grader who will begin her freshman year at Chopticon this fall, admitted the three-hour session offered plenty of valuable insight. Hayden, one of the Ospreys pitchers and first basemen, is eager to begin her high school career at Chopticon.

“It was very informative,” said Hayden, who also plays field hockey. “She knows a lot about softball and colleges. I always enjoy pitching. I’m left-handed, so I like to throw my cutter and my drop. I need to work on my fastball and rise ball. But I’m really looking forward to playing some tournaments this summer.”

Tessa Gray, another local eighth grader who will attend Leonardtown High School starting next fall, is also one of the Ospreys pitchers and infielders. Like Hayden, Gray thrives on off-speed pitches and wants to work on her velocity and rise ball.

“I really love pitching,” Gray said. The pitching circle “is my happy place. When I’m out there, I feel confident. That’s where I love to be. I still want to work on my fastball and changeup and rise ball. But I look forward to any chance that I can pitch.”

Mikaela Guy, an eighth grader who will be a freshman at St. Mary’s Ryken High School next school year, can typically be found in the infield and in the heart of the lineup. Guy, the younger sister of former Knights’ standout Mikey Guy, an MVP candidate as a member of the Pomfret Pirates during the Charles & St. Mary’s Baseball League this past summer, appreciated what Callaway had to say last weekend.

“When I pitch, I mainly rely on my fastball,” Mikaela Guy said. “When I’m batting, I am usually 3-4-5-6, somewhere in there. We have a really good group of girls on this team. But I think I will be the only one of us going to Ryken,” in the fall, she added.