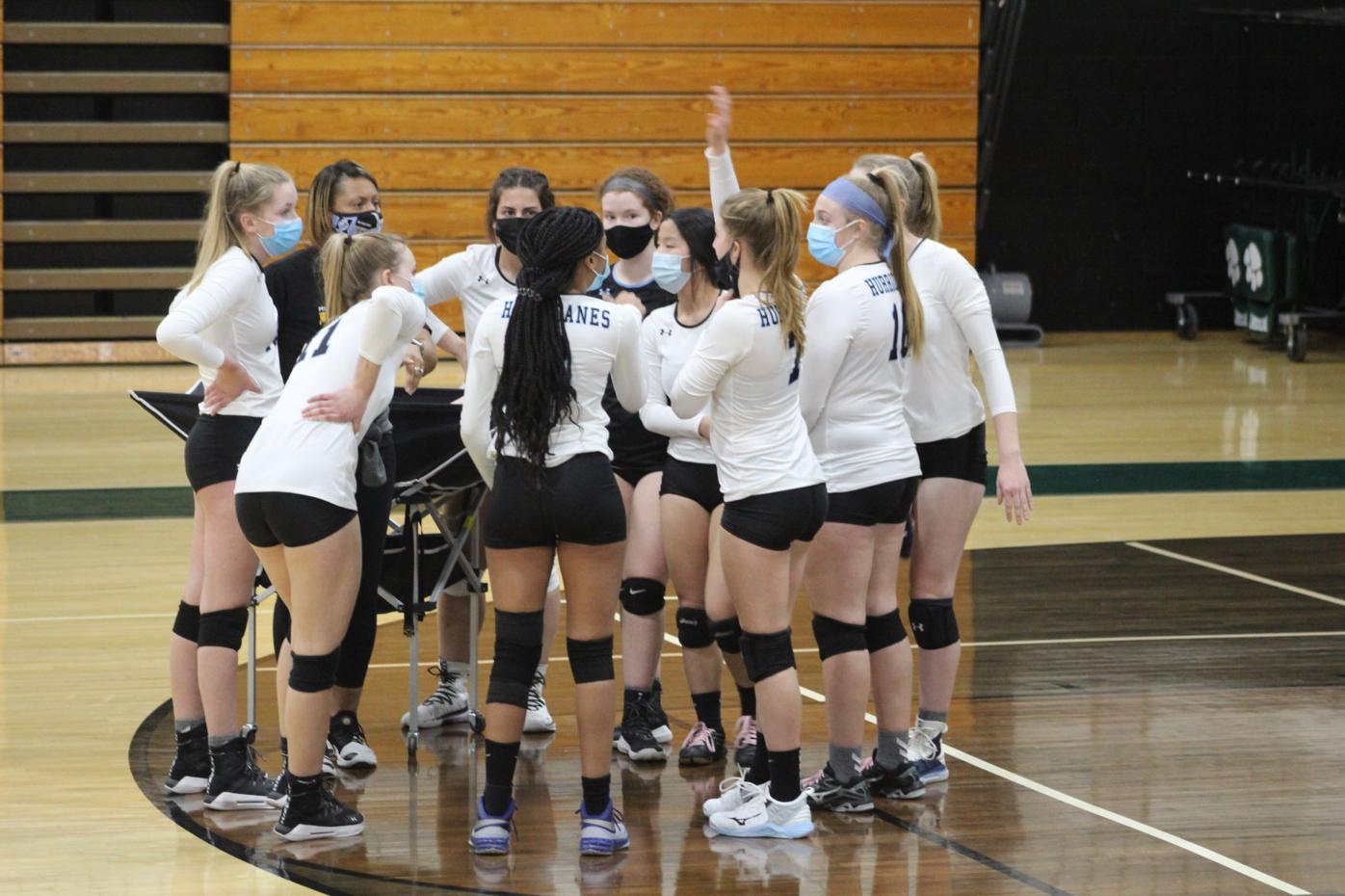 Players on the Huntingtown High School volleyball team gather for one final pregame cheer at Patuxent on Tuesday prior to their match against the Panthers. Patuxent prevailed in straight sets on the Panthers’ senior night, their first match in their gym this season. 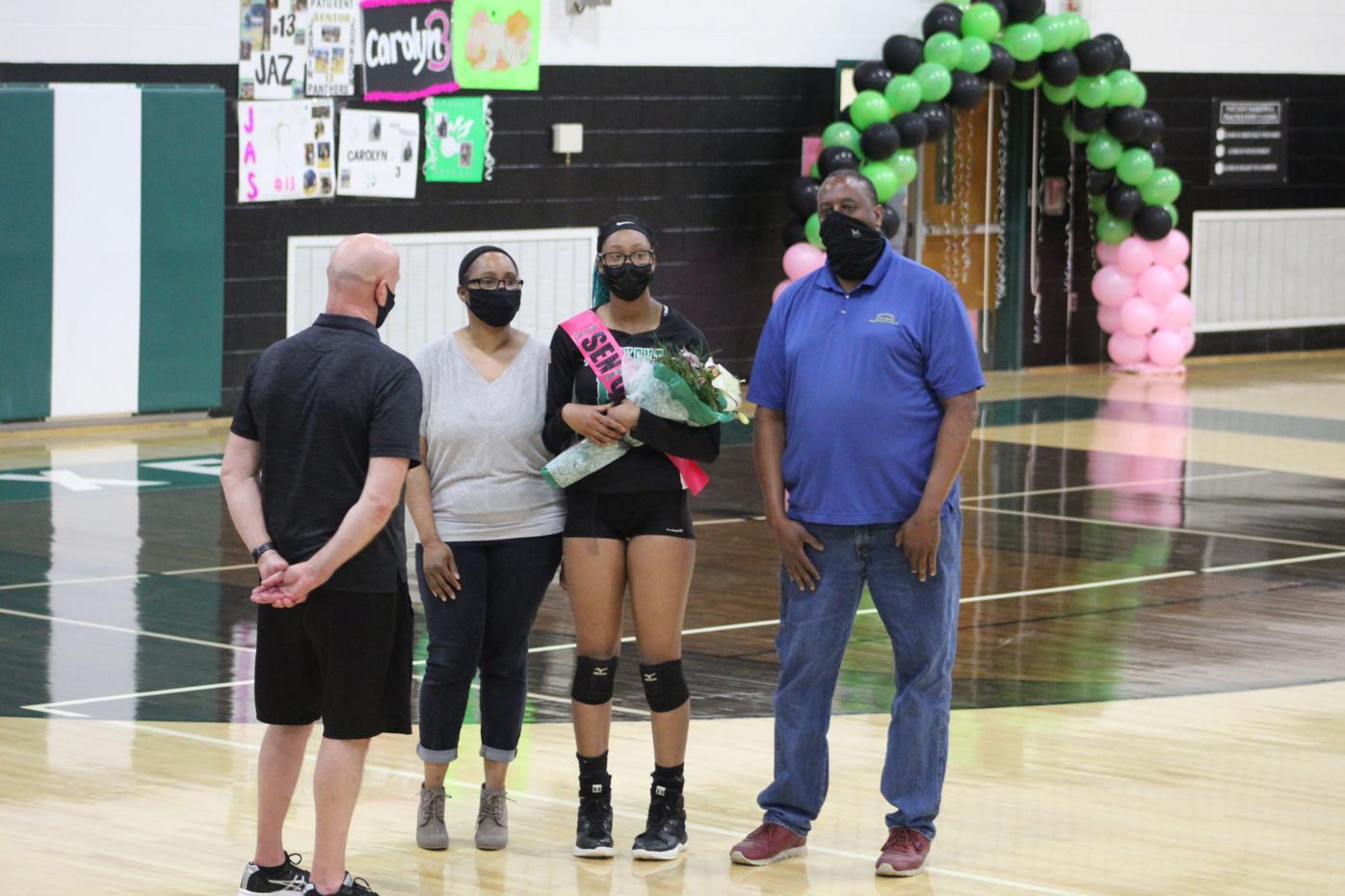 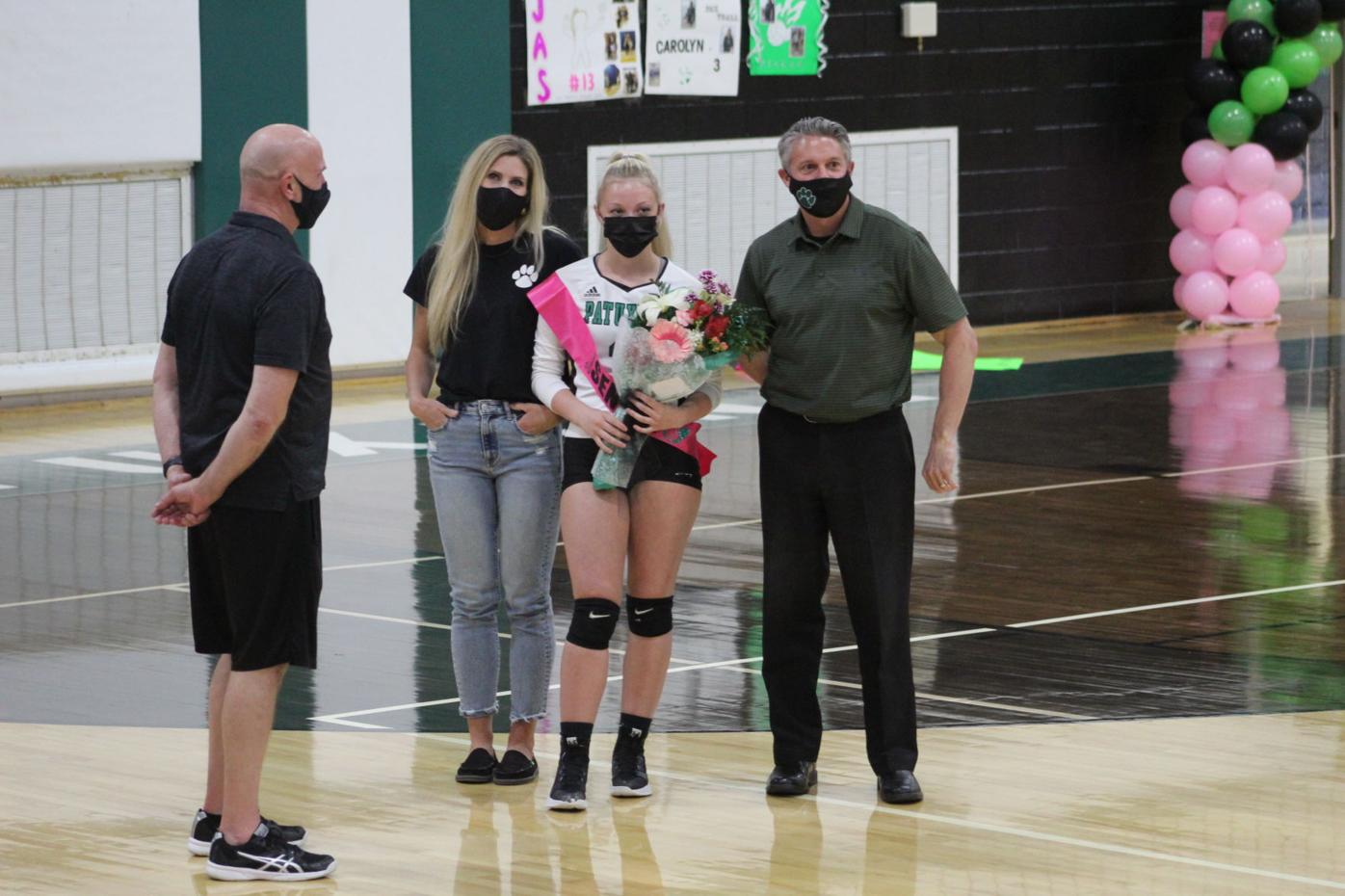 Players on the Huntingtown High School volleyball team gather for one final pregame cheer at Patuxent on Tuesday prior to their match against the Panthers. Patuxent prevailed in straight sets on the Panthers’ senior night, their first match in their gym this season.

Inside the nearly vacant, refurbished gymnasium at Patuxent High School, the four senior members of the Panthers’ volleyball team were escorted to the floor by their parents prior to Tuesday’s match against Huntingtown, the team’s first home contest of the season.

Patuxent (2-4) players had spent the previous two months practicing at nearby Mill Creek Middle School awaiting the completion of their refurbished gym floor. The Panthers had played their “home” matches on the road, but Monday afternoon they were back in their gym for the first time and the following evening they hosted Huntingtown on ‘senior night’ and prevailed in gritty fashion.

“These last two days meant a lot,” said Patuxent senior libero Emma Poteet. Monday earlier this week “was the first time we had been able to get back in our gym and then [Tuesday] we had the chance to play our first home match. It was great to having senior night here and we finally beat them [Huntingtown].”

Prior to the match, Poteet, outside hitter Jasmin Johnson, middle hitter Seun Kintunde and Carolyn Biggar were all escorted to the bench by their parents and greeted by Keller. In one sense, the whirlwind 24 hours of being in the gym for Monday’s practice, then having senior night festivities prior to their first home match against perennial Southern Maryland Athletic Conference power Huntingtown on Tuesday offered the group little time to recover emotionally.

“It was so great being able to be here on Monday and then turn around and play here” on Tuesday, Johnson said. “This was our first home match all season. We had waited a long time for this. We played really well together tonight. Now we’ll see what we can do next week” in the playoffs.

Patuxent was hardly overwhelmed emotionally by the pregame ceremonies. The Panthers benefited from a long service run from Emma Heinhorst to take a 17-11 lead in the opener, owned a 24-17 lead late in the set then withstood a late service run from Huntingtown senior libero Chloe Marlett to prevail, 25-21, when Panthers junior setter Alayna Sievert set Johnson for a game-point kill.

The two teams were virtually inseparable throughout the second set and finally the Panthers rallied from a late, 24-23 deficit to edge the Hurricanes, 26-24, on two straight service winners from Poteet. That set ended when Sievert set Heinhorst for a kill.

A long service run from Sievert midway through the third set gave the hosts a 19-13 lead and a sweep appeared imminent. But the Hurricanes rallied to take a 22-21 lead with senior Quinn Mulvihill serving before the Panthers reached match point on a kill from Johnson off a Sievert set then ended the match on a kill from Heinhorst off a set assist from Sievert.