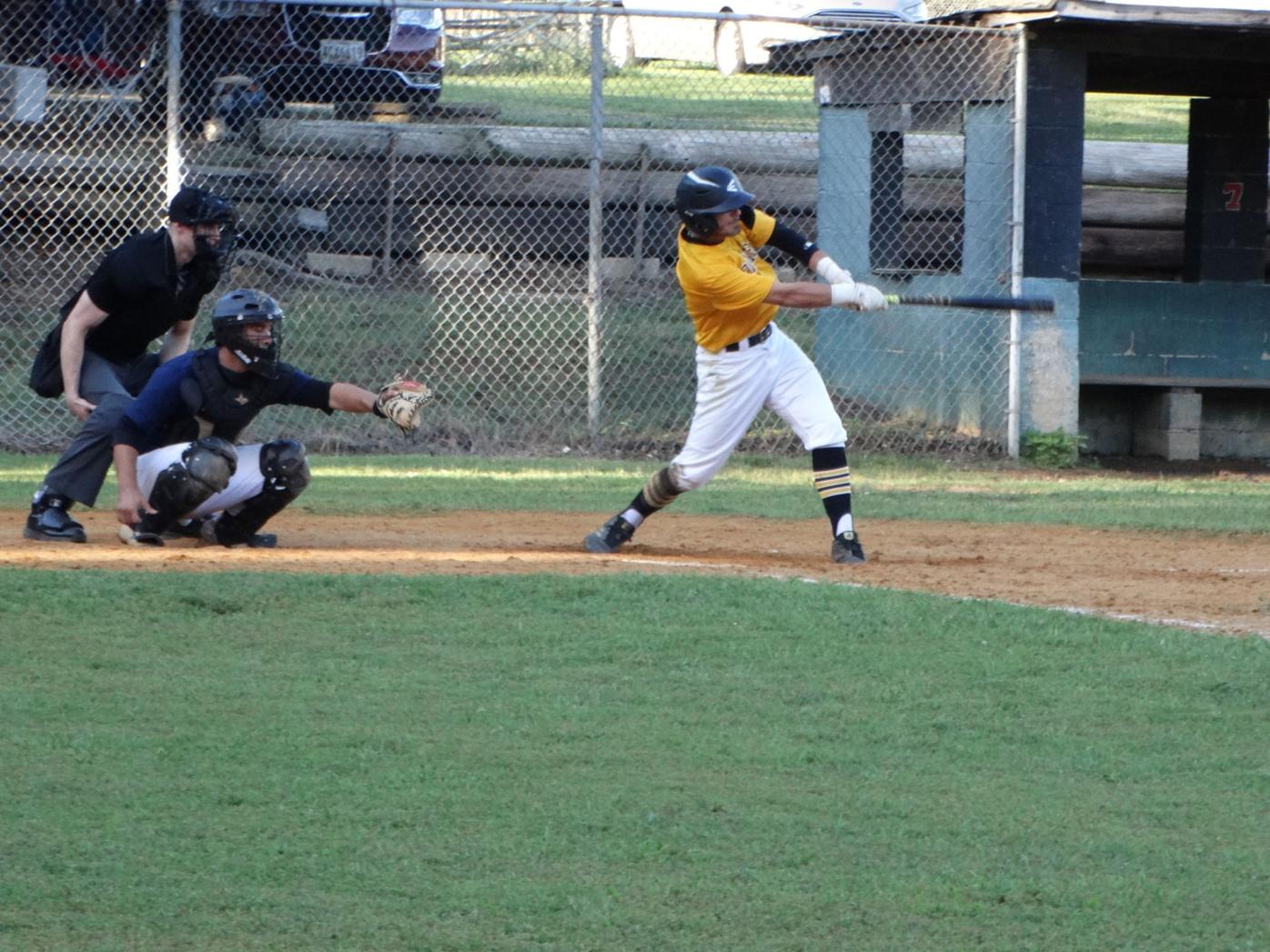 Pomfret batter Austin Simms looks to deliver a base hit for the Pirates in the Maryland Semi-Pro Baseball State Championship game at Rainbow Construction Field on Sunday afternoon. 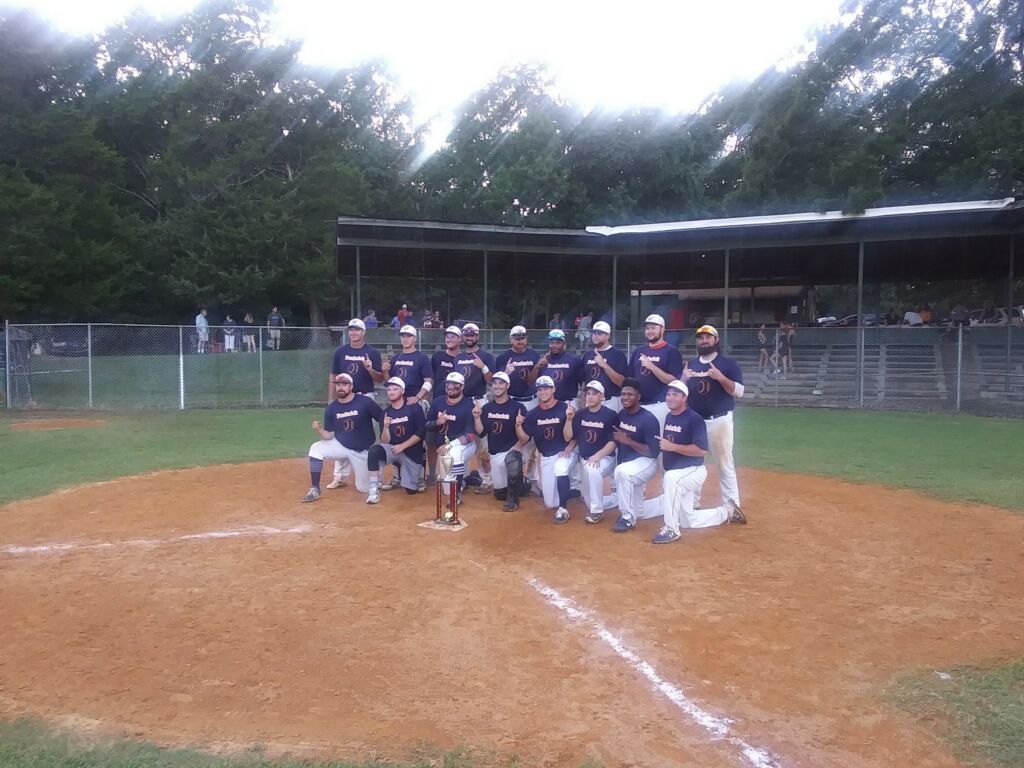 Players and coaches from the Frederick Bulldogs gather at home plate with their Maryland Semi-Pro Baseball State Championship trophy on Sunday evening at Rainbow Construction Field after they upended CHASM champion Pomfret, 4-2, in the nine-inning contest.

Pomfret batter Austin Simms looks to deliver a base hit for the Pirates in the Maryland Semi-Pro Baseball State Championship game at Rainbow Construction Field on Sunday afternoon.

Players and coaches from the Frederick Bulldogs gather at home plate with their Maryland Semi-Pro Baseball State Championship trophy on Sunday evening at Rainbow Construction Field after they upended CHASM champion Pomfret, 4-2, in the nine-inning contest.

After cruising to the Charles & St. Mary's Baseball League regular season title this summer by winning 17 of 18 contests, the Pomfret Pirates had the chance to host the Maryland Semi-Pro Baseball State Championships on Sunday afternoon at Rainbow Construction Field in La Plata.

Pomfret had dedicated the CHASM season to late coach and former longtime player Pernell Young, brother of current assistant coach Garnell Young, and the Pirates were nearly perfect in their pursuit of the league crown. Pomfret, which had the bye for the regular season finale, will begin its official CHASM title push as the top seed on Saturday, Sept. 12.

In Sunday's nine-inning title game of the Maryland Semi-Pro Baseball State Championships — only three teams entered the tournament (so there were only two games) — Pomfret got another solid outing from Brandon Samuels, who eventually took the loss while allowing four runs, three earned in 6 and ⅔ innings of work. In a sense, the Chopticon graduate was felled by one pitch.

Frederick had scored an unearned run against Samuels in the fifth to break a scoreless deadlock, then the Bulldogs added three more runs in the seventh. Samuels walked Calvin Sichler and later Ryan Schriver, then yielded a two-out, three-run homer to Ian Eberly on the first pitch, vaulting the Bulldogs to a 4-0 lead.

"He went up there looking for a fastball and that's what I threw," Samuels said. "I just was aiming for a strike there and he guessed right. I thought I had good command of my fastball, curveball, slider and changeup. I walked a few batters and then he [Eberly] guessed right on that last one."

Eberly, who works full-time in Columbia, went 2-for-4 with a walk in Sunday's title game, slapping an opposite field double in the sixth, then smacked the decisive three-run homer in the seventh.

"I haven't hit too many home runs in my career," Eberly said. "So, when I hit it I just started running the bases as fast as I could. I was just looking for something to hit and he gave me a fastball on the first pitch."

Pomfret countered with two unearned runs against Frederick southpaw starter Logan Mann in the bottom of the seventh, who garnered the win while going 6 1/3 innings. Reliever Stephen Cook, who recorded the save in the Bulldogs' semifinal win over Hagerstown, notched another shaky save in the title game.

Cook walked two Pirates in the eighth but escaped unscathed then things got interesting in the bottom of the ninth. Tyler Simms had a one-out single and Julian Grant added a two-out single then Michael Guy reached on an error by Sichler to load the bases. But Cook retired Austin Simms on a pop-up to first to end the contest and save the championship game for the Bulldogs.

Frederick earned the right to play in the title game by winning the tournament's lone semifinal contest, upending Hagerstown, 6-4. The Braves led 3-1 through four innings, but the Bulldogs rallied with three runs in the bottom of the fifth and one run each in the sixth and seventh. Three of their last four runs were unearned. Frederick starting pitcher Jahlin Jean-Baptiste collected the win, while Cook  tossed a perfect ninth to record the save.