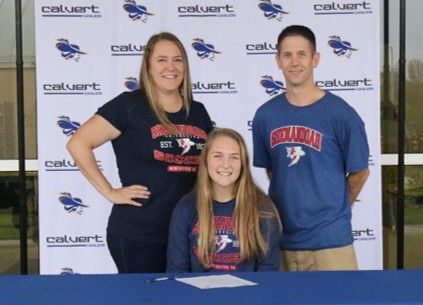 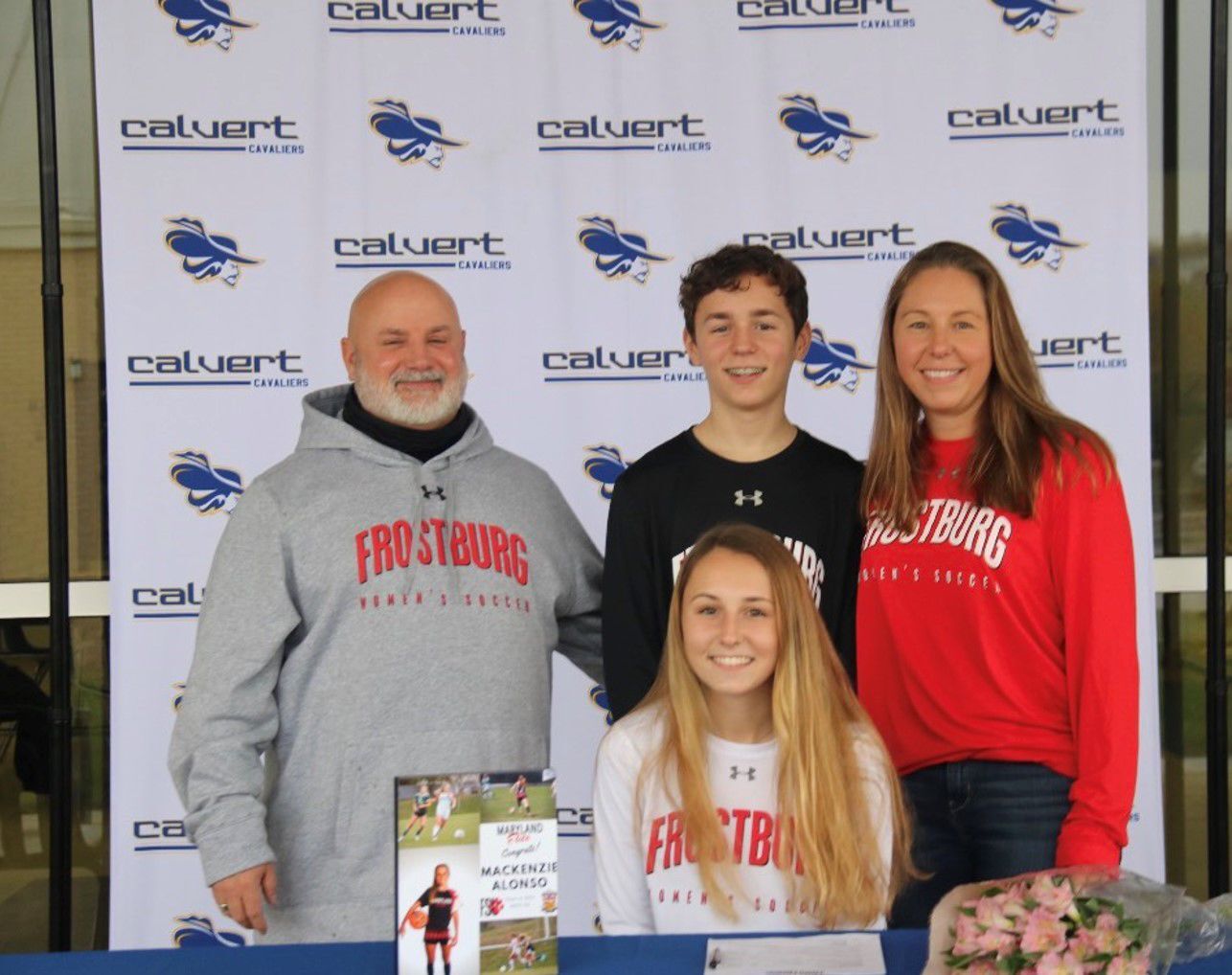 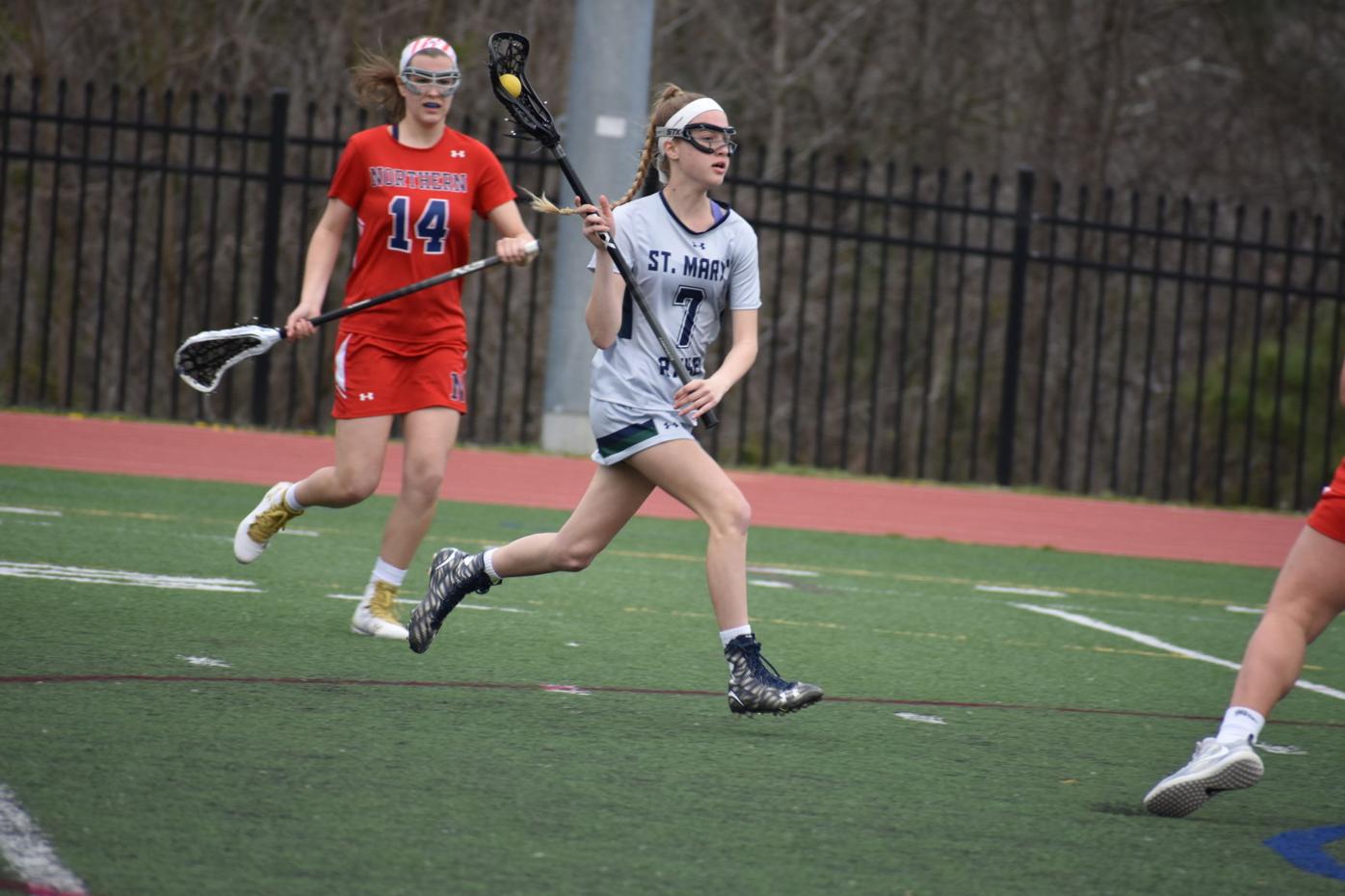 Calvert seniors Mackenzie Alonso and Kayla Bevard both signed last Wednesday to continue playing soccer in college beginning in the fall of 2021. Alonso is headed to Frostburg State University, while Bevard signed with Shenandoah University in West Virginia. Both were members of the Cavaliers’ 2A state championship team in 2019.

“I really liked the campus and they have a great nursing program,” Alonso said of Frostburg. “Both of my parents are police officers, but I’ve always wanted to pursue a career in nursing. I’m still hoping that we get to have a season in the spring. It would really mean a lot to me and the other seniors.”

“Not only did I feel right at home there, but they also have my major,” Bevard said. “Being able to sign meant a lot to me. I know where I am going to be playing for the next four years. I’m hoping that we have a senior season.’

Calvert County resident Brooklyn Paton, a St. Mary’s Ryken High School senior, signed her National Letter of Intent last week to play women’s lacrosse at George Washington University. Paton, who was selected as a 2020 Under Armour All-American, will be heading to George Washington in the fall of 2021.