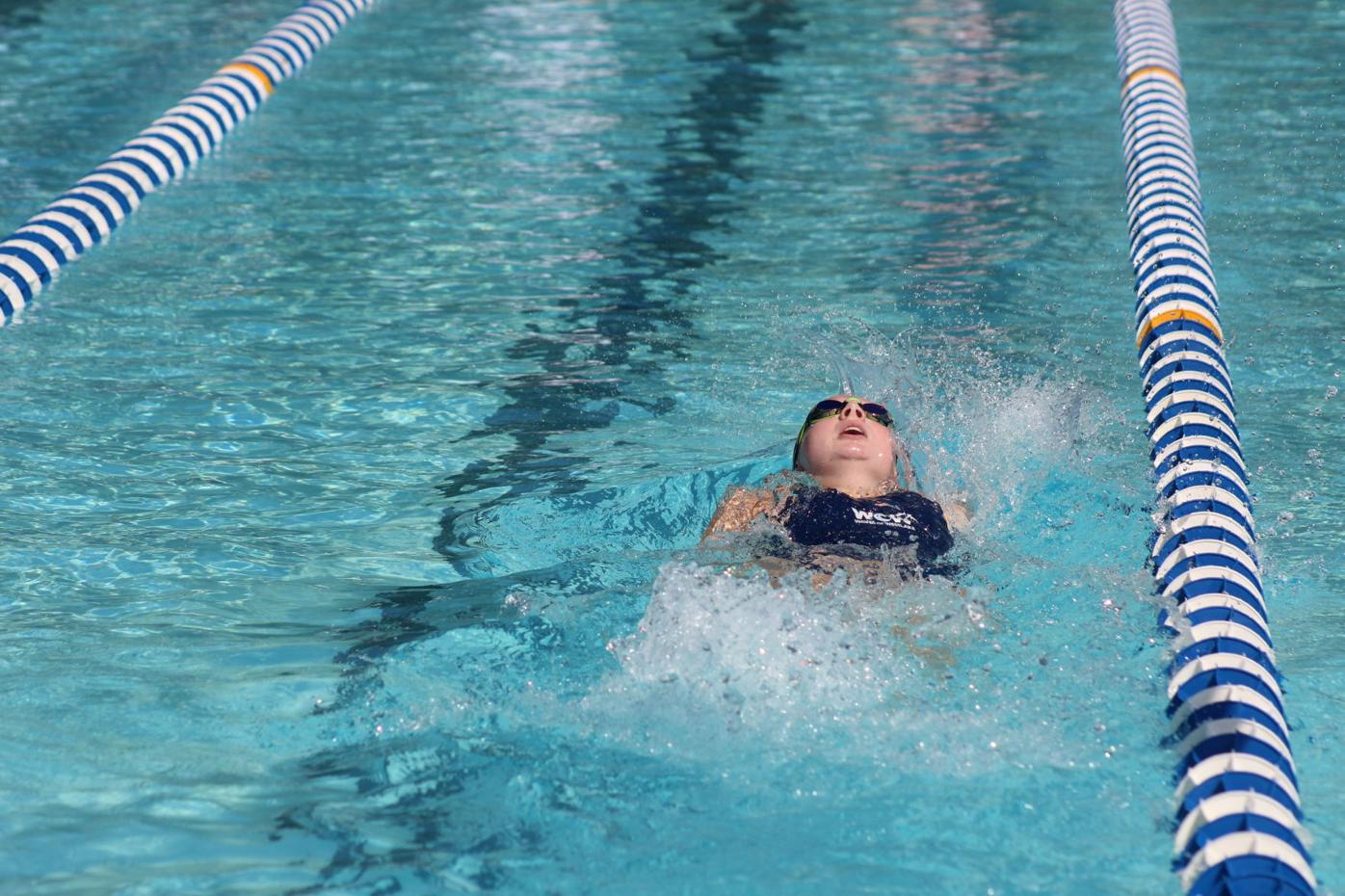 Waves of Westlake swimmer Kerrigan McMillen is heading into the last two swim meets of her 15th and final season of Prince-Mont competition. The North Point graduate and rising sophomore at West Virginia University has excelled in the 50-meter backstroke throughout her career. 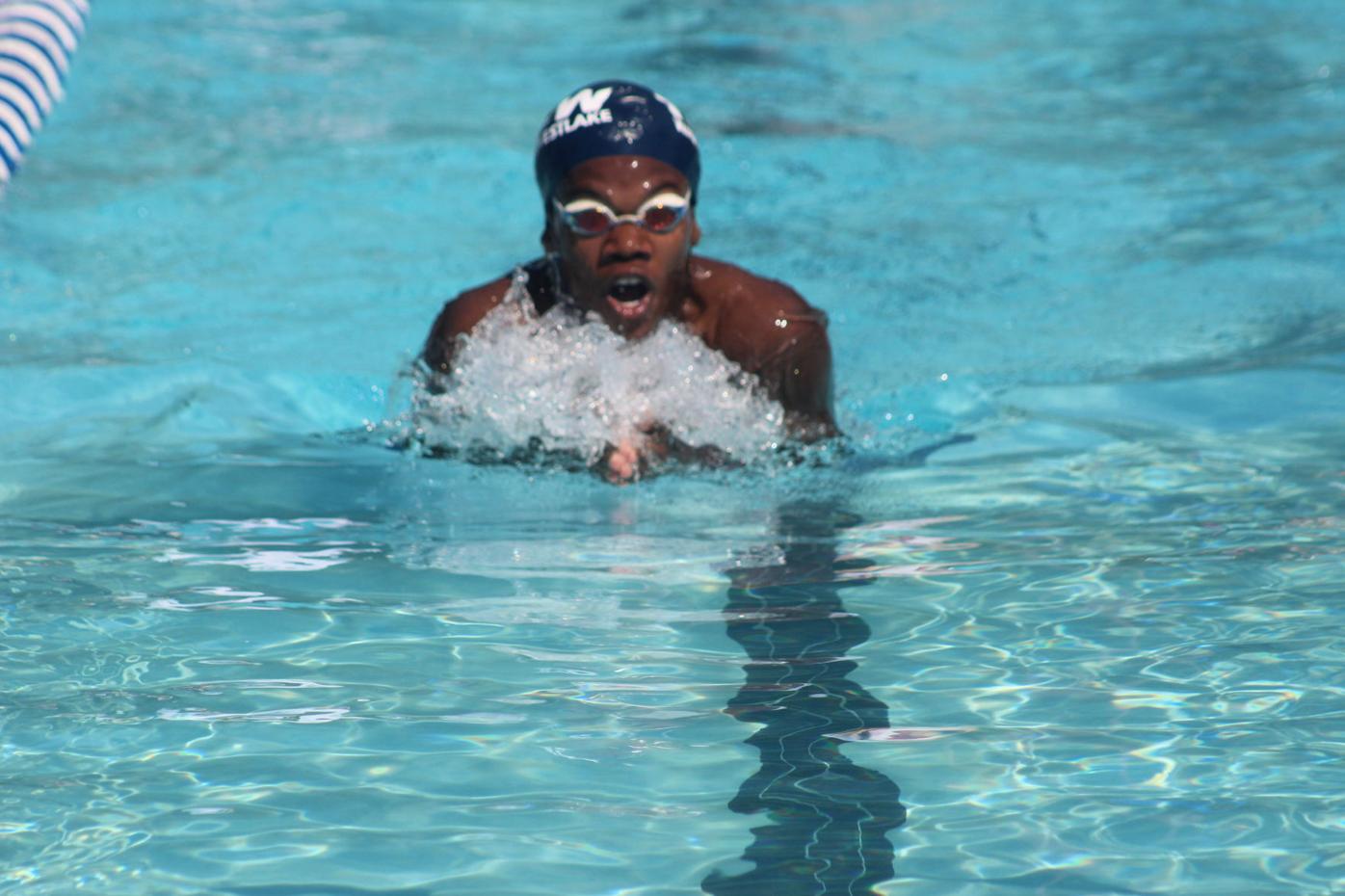 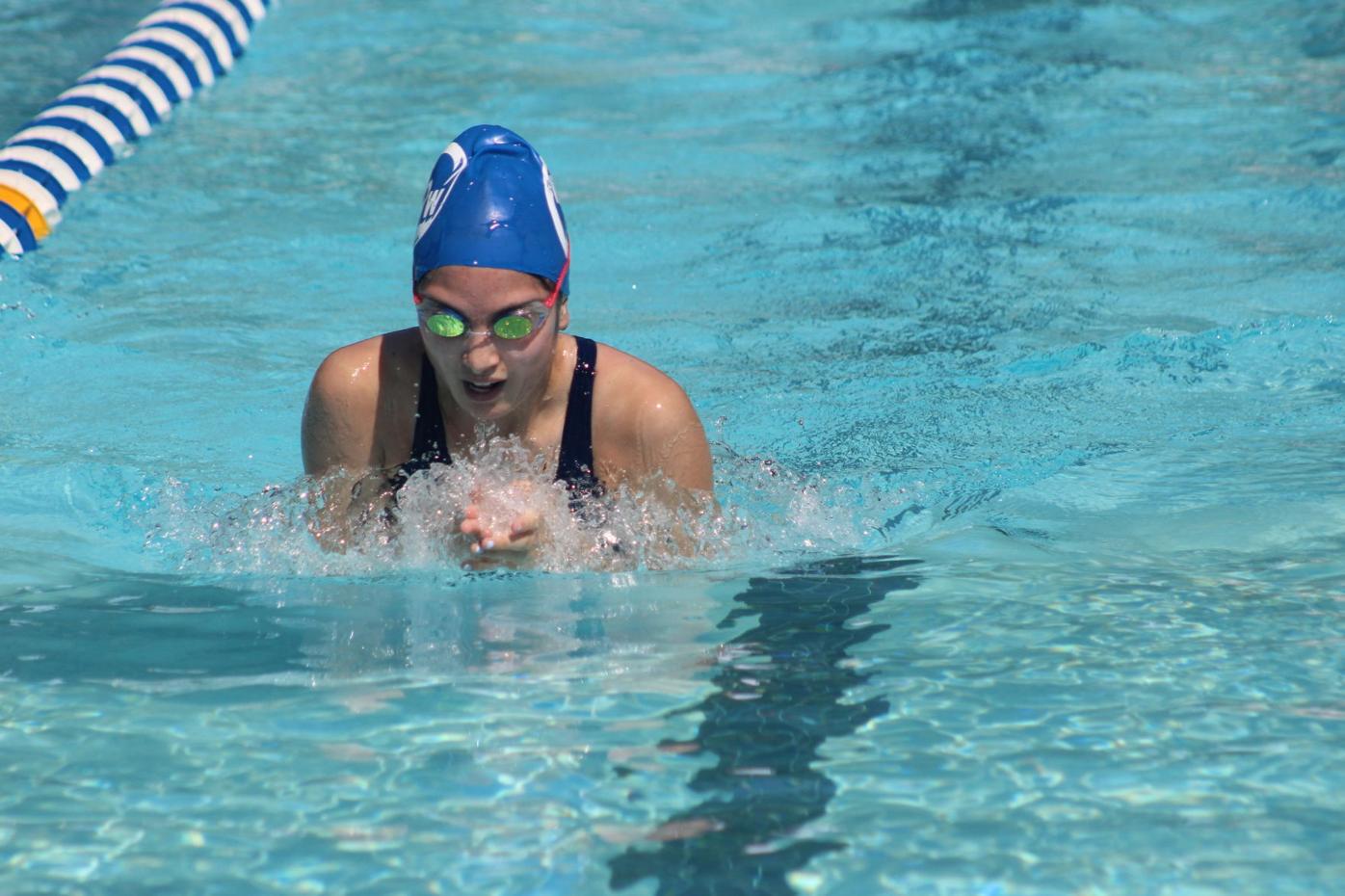 Waves of Westlake swimmer Kerrigan McMillen is heading into the last two swim meets of her 15th and final season of Prince-Mont competition. The North Point graduate and rising sophomore at West Virginia University has excelled in the 50-meter backstroke throughout her career.

In the lone clash between Charles County squads during the abbreviated Prince-Mont Swim League schedule this summer, the Waves of Westlake defeated Bannister Swim Team on Saturday morning before the serious heat arrived.

Westlake (2-0) prevailed in the virtual meet, 241-188, although the Barracudas recorded 22 first-place finishes and had five triple winners. The Waves will put their perfect record on the line this Saturday against Laurel City (2-0), which also posted similar victories over Bannister (0-2) and Fort Washington (0-2) in its previous two meets.

Waves' swimmer Kerrigan McMillen, a North Point High School graduate and rising sophomore at the University of West Virginia, is in the final weeks of a genuinely prolonged Prince-Mont career. McMillen is currently competing in her 15th and final season with the Waves, a career that will officially end next Saturday, Aug. 1, with the Division B championships.

"I can still remember the first time that I swam with my sister, Hannah [McMillen] in the shallow pool here," McMillen said on Saturday morning after taking the 15-18 girls' 50-meter backstroke. "I think I was only four years old, but I loved being in the water. I have always enjoyed being a part of the Prince-Mont team. I'm really hoping to finish the year out strong in Divisionals."

Last Saturday morning McMillen bested teammate Marin Patterson, a rising junior at North Point, in the 15-18 girls' 100-meter butterfly (35.59), finished second to Waves' Adriana Imes in the 15-18 50 breast (43.25) then concluded her morning by taking the 50 backstroke (37.44). She bypassed the 100 individual medley and there are no relays being contested this summer.

Several other Westlake swimmers played a key role in the Waves' victory over Bannister. Aaliyah Sims (11-12 girls) and Kaitlyn Clark (13-14 girls) each won three events, while Isaac Diggs (9-10 boys) and Emmanuel Pearson (11-12 boys) each won two events. Ten other WOW swimmers, including McMillen and Imes, each recorded one individual title.

Waves' assistant coach Emily Decker, a Westlake High School graduate and rising sophomore at Messiah University in Pennsylvania, aged out of the Prince-Mont league two years ago and is now in her first official year of coaching. Decker, who had been perennially among the best freestyle sprinters in the PMSL and SMAC during her career, has already hung up her goggles.

"It's great to be able to come back here and be among the coaches here," Decker said. "It definitely gives you an appreciation for all the things that coaches do throughout the season and from meet to meet. There's definitely a lot of work involved but it's fun seeing the kids improve each week."

In other Prince-Mont action involving Charles County teams, Hawthorne Country Club (2-0) easily downed Russett, 304-167, in a Division A meet, Smallwood Village (0-2) fell to Belair Swim & Racquet, 268-202, in Division B, while Indian Head (2-0) kept its bid for a perfect season in tact by defeating the Brandywine Blue Waves, 198-181, in a Division D meet.

"The kids really stepped it up today," said Bannister coach Jamie Rivenburg. "Everyone seemed to drop time. What gets us is low numbers and not having certain athletes in certain age groups. Time for time these kids are competitive and are doing great things. I could not be any more proud. We have two more weeks and I know they will continue to impress me."