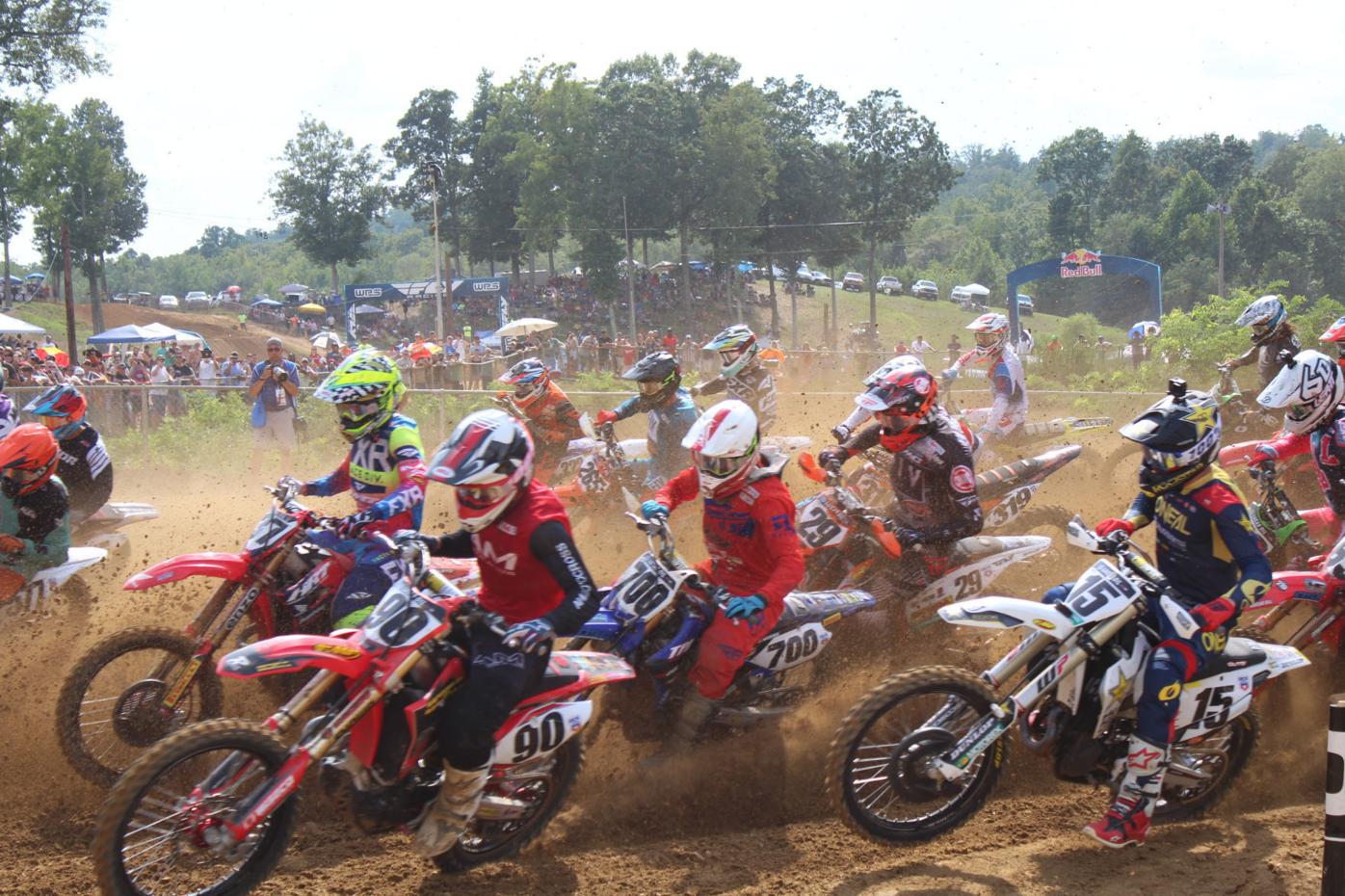 Riders round a turn at the start of the 450 class title at the 2019 Lucas Oil Pro Motocross Championship at Budds Creek Motocross Park in Mechanicsville. There will be no 2020 event this summer due to the coronavirus pandemic. 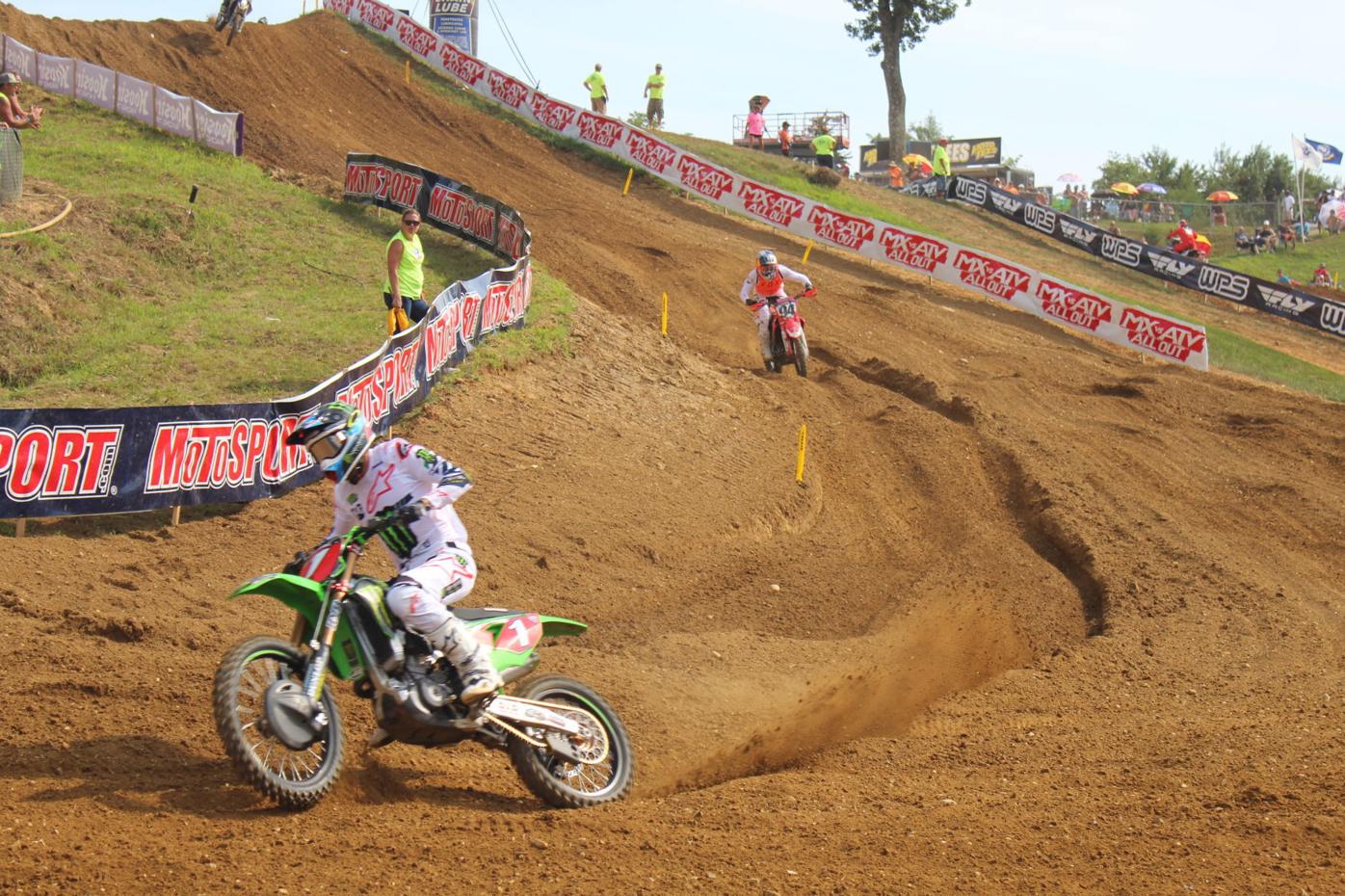 Riders round a turn at the start of the 450 class title at the 2019 Lucas Oil Pro Motocross Championship at Budds Creek Motocross Park in Mechanicsville. There will be no 2020 event this summer due to the coronavirus pandemic.

Although the Budds Creek Motocross Park in Mechanicsville will remain open for business throughout the summer and fall and even host an event on July 25, it will not be part of the national motocross tour this summer for the first time in over 30 years.

Budds Creek Motocross Park currently offers full days of riding for bikers from across the area, with two four-hour sessions each day and all-day passes available for interested racers. But this summer it will not be part of the Lucas Oil Pro Motocross Championship tour as MX Sports Pro Racing has delayed its July 18 and July 25 events indefinitely amid concerns over the coronavirus pandemic.

“I commend [Maryland] Governor Larry Hogan and [New York] Governor Andrew Cuomo for the way they have been out in front of handling the pandemic from the outset,” said Budds Creek Motocross Park owner Jonathan Beasley. “But I’ve known for a while that we were not going to be able to host the national event this summer. I think they will be down to going to three states eventually, Florida, Indiana and California.”

On July 1, MX Sports Pro Racing opted to delay the start of the pro championship season a second time. Initially it was slated to begin in May, but amid early concerns over the spread of the COVID-19, it was pushed back to July 18. Then with concerns over spikes in cases in several states that are hosting events this summer, the start has been pushed back again.

“From the moment we were forced to delay the original start of the Lucas Oil Pro Motocross Championship in May, we have diligently worked towards developing as complete a championship-caliber calendar as possible for both our athletes and our fans,” said Carrie Russell, CEO of MX Sports Pro Racing, in a July 1 news release. “Following the recent spike in positive cases around the country, a pause is warranted as we evaluate the impact of the state-issued re-opening phases and newly implemented travel quarantines.”

The release stated that MX Sports Pro Racing is now looking into starting up its season in August.

Russell added: “It is our sole focus to host a successful season that will not only allow us to crown a pair of AMA National Champions, but will also allow our incredibly loyal fanbase to celebrate the return of racing by cheering on their favorite riders. These are extraordinary times that have had a significant impact on our industry, and that has called on us to take unprecedented action on behalf of the well-being of our community.”

Beasley noted that the annual MX Pro Sports event that Budds Creek has hosted each year since 1989 would annually attracted 100 pro racers and another 400 amateur competitors and roughly 10,000 spectators. Like most states, Maryland has yet to reach the reopening threshold that will allow for unlimited spectators and sporting events and other venues.

“Even though we’re starting to open up more, we’re still a long way from Phase 4,” Beasley said. “I think our governor has done a great job dealing with this crisis, one of the biggest to hit this country in many years. I’m optimistic that we will be back next year and we’ll be able to have another pro sports event her with a big crowd.”

The 2019 Lucas Oil Pro Motocross Championship event at Budds Creek had qualifiers of 40-plus riders, a special 125 All-Star race that finished before the opening ceremonies and drew more than 20,000 fans.

The top three finishers in the 125 race were Mason Gonzalez, Chase Yentzer and Christopher Blackmer. Riders came to Budds Creek from around the world to challenge the points leader in the 250 class, Adam Cianciarulo, and the two-time defending 450 title holder, Eli Tomac.

In the 250 class, Shane McElrath was the winner on the day by sweeping both motos for the second overall victory of his career and his first of this season. Cianciarulo managed to nab second overall on the day.

History was made in the 450 class as Tomac became just the fourth rider to clinch a third consecutive title by sweeping both motos for a class-leading fifth victory of the season.

“I didn’t know until the last lap, I still thought I needed one more spot on someone, but what a way to finish off, 1-1,” Tomac said to Southern Maryland Newspapers staff writer John Niswander after the Aug. 17 race. “To get it done today and a race early is amazing, and to go three championships in a row is pretty special and something I am proud of. Each championship has been special in its own right, but man am I happy we got it done today. I can’t thank the entire Monster Energy Kawasaki crew and the entire Kawasaki motorcycle corporation enough for all of the hard work and support all season long.”